30 Words That Can Be Confusing Even To Native Speakers 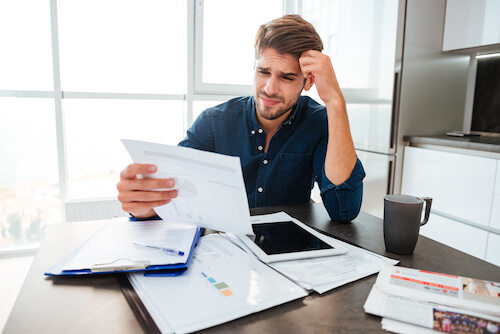 Have you ever come across some words that just simply confused you? Let’s take a look at some of the words that even a native speaker might find it difficult to get them right.

The famous British journalist Harold Evans has written down a vocabulary list outlining 30 words that are confusing, and many people have treated them as synonym. Why not take a look at the words and see if you know the differences? You can use this as quiz to test your friends too!

effect: The president effected several changes in the company.

alibi: The police broke her alibi by proving she knew how to shoot a pistol.

excuse: I can’t buy his excuse.

alternatives: New ways to treat arthritis may provide an alternative to painkillers.

choices: Our choices come down to staying here or leaving here.

anticipate: What Jeff did was to anticipate my next question.

expect: I expect that the weather will be nice.

flagrant: The judge called the decision “a flagrant violation of international law.”

blatant: Outsiders will continue to suffer the most blatant discrimination.

chronic: For those with chronic depression, she said, “keep at it.”

acute: Acute dysentery wracked and sapped life from his body.

comprise: After the 2014 referendum on independence for Scotland, the UK still comprised England, Scotland, Northern Ireland and Wales.

continual: “No nation could preserve its freedom in the midst of continual war,” Madison concluded.

climax: The fifth scene was the climax of the play.

destroy: The soldiers destroyed the village.

dilemma: Many women are faced with the dilemma of choosing between work and family commitments.

problem: The problem of street crime is getting worse every year.

entomb: The city was entombed in volcanic lava.

trap: The train was trapped underground by a fire.

flotsam: The water was full of flotsam and refuse.

jetsam: The smallest bits of jetsam, like the most transient incidents in a life, can be the most evocative.

forego: So she did his bidding and gave him the cup, which no sooner had he drunk than his head forewent his feet.

forgo: Sometimes this priority shift means you have to forgo one goal in exchange for another.

gourmet: Food critics have to be gourmets in order to write about food in an informed way.

gourmand: He’s the kind of gourmand who swallows food without even pausing to taste.

inchoate: She had a child’s inchoate awareness of language.

incoherent: The talk she gave was incoherent and badly prepared.

incumbent(noun.) : The incumbent president faces problems which began many years before he took office.

incumbent (adj.): She felt it was incumbent on herself to act immediately.

flammable: This solvent is flammable.

insidious: Cancer is an insidious disease.

invidious: The boss made invidious distinctions between employees.

judicious: We should make judicious use of the resources available to us.

less: We must try to spend less money.

fewer: Fewer people smoke these days than used to.

litigate: The case is still being litigated.

dodge: He dodged the bullet.

luxurious: They have a very luxurious house.

prescribe: The doctor prescribed his patient who was down with fever.

proscribe: The sale of narcotics is proscribed by law.

refugee: Refugees were pouring across the frontier.

replica: Replica is the more valuable, for it is supposed to be more beautiful.

reproduction: This is a reproduction of a popular religious painting.

sceptic: The sceptic may argue that there are no grounds for such optimism.

denier: He is a denier of harsh realities.

transpire: Later, it transpired she had failed the examination.

happen: ‘It just happened.’ she said, after failing her exam.

feasible: She questioned whether it was feasible to stimulate investment in these regions.

viral: I can’t believe that video of our puppy lounging on a pool float went viral!

viral: Some viral proteins do good.