Make and verbs that mean make 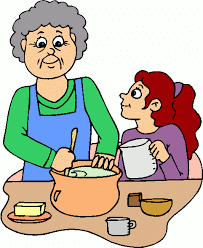 The Cambridge Learner Corpus shows that some of the most frequent collocation errors made by candidates in advanced English exams relate to the use of make. Here are some typical errors and their corrections.

Sometimes candidates use make where another verb is required. For example:

Other expressions with make

It’s a good idea to make a habit of switching off the lights when you leave a room.

If you always say exactly what you think, you’ll make a lot of enemies.

The team made several attempts to climb the mountain before they finally succeeded.

I hope that they’ll make a success of their new restaurant business.

I have to go to a party for a colleague after work but I will try and make an early escape.
Our research team has made an important discovery about how whales communicate.
When doing your accounts, try to ensure you make all the calculations correctly.

If we move the sofa closer to the window, it’ll make room for the piano.

I first made his acquaintance when he moved in next door, (formal: got to know him|

The house we looked at is just what we want and we’ve decided to make an offer on it.
As no one else has any ideas, I’d like to make a proposal, [make a formal suggestion!

We must make a stand against the casino they propose to build here, [protest about|

Other verbs that mean make